The apple doesn't fall far from the tree. 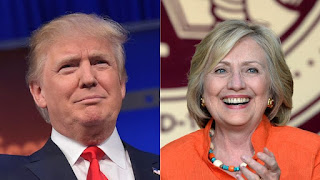 Let us compare what the parents of the two presidential hopefuls did and make our own conclusions.

Posted by CommonOperator at 6:26 PM
Email ThisBlogThis!Share to TwitterShare to FacebookShare to Pinterest